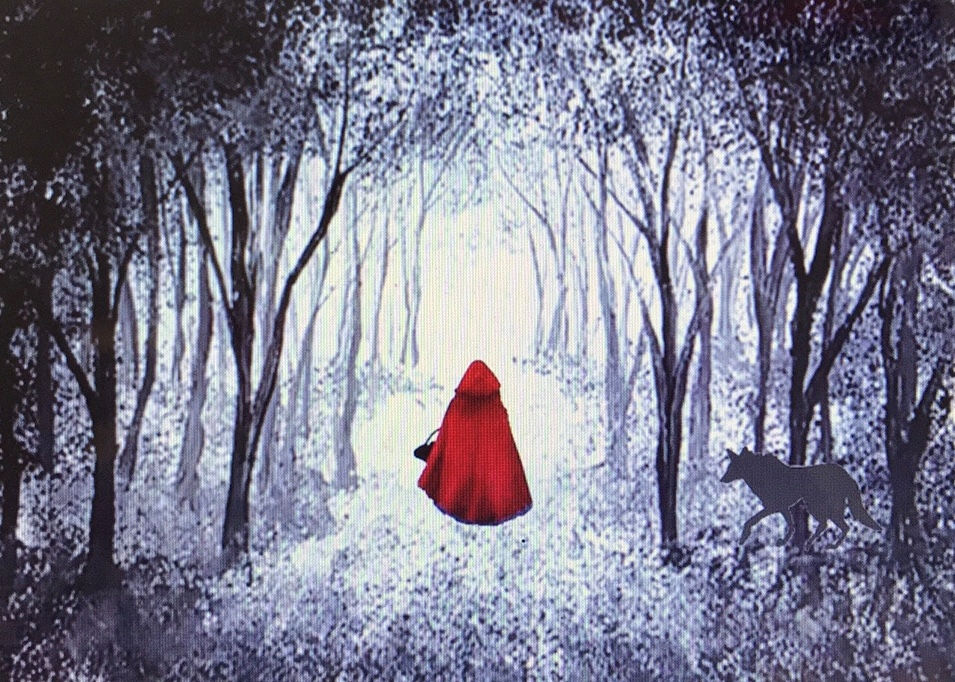 By Tina and Robert Burbidge

AUDITIONS will be done online

YOU NEED ONLY ATTEND ONE AUDITON

For a Zoom Audition Appointment on May 12 or 13th, 2021 contact:  info@hanovercommunityplayers.ca to register for a time

Monologues (readings) are under the separate MONOLOGUES tab

Dance Audition Piece is Below These Instructions

1. A Reading – choose one of the readings you like

- make sure you can be seen from the waist up

- introduce yourself, your age and what monologue you will be doing

- have FUN!   We want to see you have fun and trying your best

2. A Song - background music choices can be found at BellTower Entertainment if you don’t have a song already chosen.  (Click on the Karaoke button then Catalogue)   These are the only titles available on the Belltower website.

You can choose a title and then go to YouTube for the song you have chosen.  You can practice with it beforehand.

If you have chosen a song from the catalogue, we will have the audio music at the auditions for you

- you won't have to sing the whole song.

3. A Dance:  A video submission of a basic dance routine (provided on HCP's website) or the ability to view it at the Zoom Audition.  You don't have to have taken dance lessons - just do the best that you can!

4. All those accepted will be required to pay for membership for insurance reasons

5. Backstage Mom's & Dad's will be needed during rehearsals and shows, so please aware of this need.

Jack - a carrier of water

Llewellyn - second little pig, not quite so clever

Woodcutter - a cutter of wood (does anyone read this?)

Most people know of the Mamma Mia story but here it is to remind you:  It takes place during a 24 hour period on the fictional Greek island of Kalokairi.  Sophie Sheridan is getting married and wants a traditional family wedding.  She really wants her father to give her away but she doesn't know who he is so she sets about to find out for herself.

Donna Sheridan - owner of the Taverna on the island; Sophie's mother (around 40)  She is the former lead singer of 'Donna and the Dynamos'.  Honest, straight forward and hard-working, she is the most naturalistic and vulnerable of the characters.  Delivers some of the biggest solos in the show (The Winner Takes it All, Slipping Through My Fingers, Dancing Queen, Super Trooper, Money Money Money, among others).

Sophie Sheridan - Donna's headstrong 21 year old daughter, she is determined to have what her mother never had - a traditional wedding and a father to walk her down the aisle.  Young, bright and energetic, she has lived all her life on the island and is ready to leave.  (I Have a Dream, Honey Honey, The Name of the Game, Lay All Your Love on Me, Under Attack, among others).

Tanya Cresham-Leigh - one of Donna's oldest and best friends and a former Dynamo, Tanya, (around 40) has married several millionaires and discovered a lot more about plastic surgery than love in her effort to stay young.  Wild, fun-loving and a big character, she flirts mercilessly with young men, happy to play, but not to stick around.  (Chiquitita, Dancing Queen, Super Trooper, Does Your Mother Know among others).

Rosie Mulligan - Donna's friend (around 40, often plus size) a former member of the Dynamos; unmarried, free-spirited and a renowned author of cookbooks.  A character who has developed a confident, funny and self-deprecating exterior which masks her inner vulnerability.  Mostly comic, yet in one of the most poingant moments in the show, dances like nobody's watching.  (Chiquitita, Dancing Queen, Super Trooper, Take a Chance on Me, among others.)

Sam Carmichael - one of Sophie's potential fathers and a wealthy architect (40-50).  Sam has regretted leaving Donna all his life and now finds himself divorced and back in her presence.  He is straight-laced, confident and composed.  At times he is perhaps a little over-bearing, but he is determined not to mess up the second chance he has been given.  A very true and honest character within the chaos.  (S.O.S., Thank You for the Music, Knowing Me Knowing You, among others)

Harry Bright - another of Sophie's potential fathers and a respected London banker (40-50) English.  Once a head-banging, partying musician who went down the straight road - at least with his career.  He is quirky, in the closet and something of a romantic nostalgist.  A nice guy, determined to make up for some past regrets and full of singing.  (Thank You for the Music, Our Last Summer among others)

Bill Austin - another of Sophie's potential fathers, a well-known travel writer.  Bill has visited the far reaches of the earth, but never found what he's really looking for.  A real character (40-50), often English or Australian, Bill has generally avoided the complexities of a relationship and now wonders if it's too late.  Lots of comedy and a golden heart within.  (Thank You for the Music, The Name of the Game, Take a Chance on Me, among others).

Sky - Sophie's fiance, a former stockbroker who moved to the island in a young version of a mid-life crisis.  He is older than Sophie (25-32) but smitten by her exotic charm.  Perhaps he is too eager to please and has not quite found all the answers he had hoped for on the island.  (Lay All Your Love on Me, among others

Ali and Lisa - Sophie's friends who have travelled to the island for the wedding (early 20's, could be from anywhere).  A supporting double-act of bubbly, bridesmaidy excitement.   (Honey Honey, among others).

Pepper - a flirty waiter at the Taverna featured through his brief relationship with Tanya.  (20-25, could be from anywhere).  Hot, energetic and fun-loving, makes a great double-act with Eddie.  Opportunity for a good mover.  (Take a Chance on Me, among others).

Eddie - a waiter, boatman and handyman at the Taverna.  Other half of the double-act with Pepper.  (20-30).  Fairly non-specific.  Good opportunity for an actor to create something interesting.  (Full Company numbers)

Father Alexandrios - the minister who officiates Sophie's wedding.  Often a Greek Orthodox priest, this is potentially a delightful little role for an actor with some imagination.  A nice role for someone who doesn't want too much to sing.  (Finale numbers)

Chorus - islanders who work at Donna's, wedding guests, Sky's Bachelor Party friends, Sophie's Bachelorette Party friends, nightmare characters etc.  The chorus on stage will not be large (due to the size of the stage) but they will be on stage for most, if not all of the show.  A good opportunity for featured dancers, along with those who can sing and act.  The uniting factor on stage (and behind the stage) will be the energy, spirit and delight that is contained in the music of ABBA and our ambition will be to package up that joy and deliver it into the audience at such a high level that they will not be able resist moving to the music!